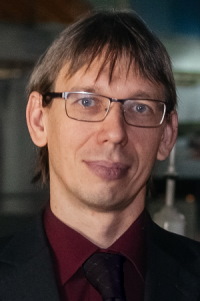 My name is Alexander Ledkov. I am an Associate Professor of the Theoretical Mechanics Department at Samara National Research University. I also joint appointment as a Senior Researcher at the Mechanics Research Laboratory at the same university.

In 2010 I received my Ph.D. in Theoretical Mechanics from Samara State Aerospace University. My research contributions are in space flight mechanics, nonlinear and chaotic dynamics.

As a researcher, I have published a book and 29 studies (18 in english) in prestigious peer-reviewed journals on topics related to space tethered systems, space elevator, and re-entry vehicle dynamics. I have presented my research at various scientific conferences. My contribution was recognized by the "Young Scientist" regional competition award (Samara region, Russia, 2013).

My teaching activity include giving lectures on the Nonlinear Dynamics, and Space Tethered Systems courses, and running workshops on Theoretical Mechanics.

If you are interested in collaborative projects or have any questions or concerns, please feel free to contact me.

I am a member of the research group of Prof. Vladimir S. Aslanov. The field of my major scientific research interests includes:

Our research group can offer cooperation in study and education in this areas. If you are interested in collaborative projects or have any questions or concerns, please feel free to contact me.

During my research activity I participated in the following grants.

Grants of Ministry of Education and Science of Russia