The problem of a payload delivery from an elliptical orbit to Earth surface by a space tethered system is considered. This operation includes three stages: tethered motion, orbital flight of the payload to the border of the atmosphere, and its descent into the atmosphere. The third stage is critical for the whole mission, because the payload can be damaged as a result of thermal or dynamic loads. Thus, the first stage should provide the transition of the payload into a trajectory with the permissible loads. The objective of the paper is to determinate the conditions of the payload separation from the tether, which provide minimization of dynamical or thermal loads during the atmospheric motion or minimization of a perigee radius of the payload orbit. 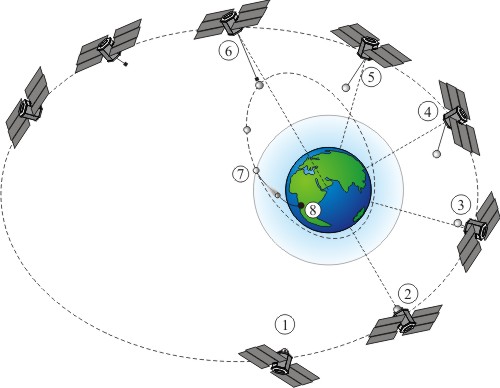 The mathematical models for the each stage and equations for loads calculation are presented in the paper. The series of numerical calculation shows that eccentricity of the satellite orbit significantly affects the trajectory of the capsule with the payload in the atmosphere. The location of separation points on elliptical orbits and angles of the tether deflection that provide a transfer of the capsule to the trajectory with minimum perigee radius, dynamical pressure, heat flux, and total heat were found. In contrast to the case of a circular orbit, the separation of the capsule at the local vertical does not provide a transfer into an orbit with a minimum radius of perigee. It was observed that the increase in eccentricity can leads to the decrease of the radius of perigee and the total heat, but at the same time to growth of the dynamic and thermal loads.